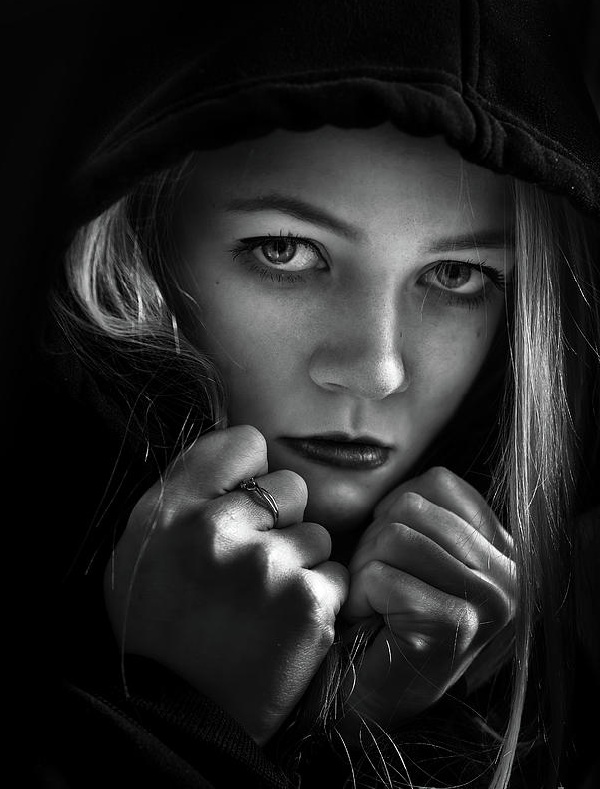 I heard another sound that made my heartbeat pound like a non-stop drum from a marching band. It’s no longer just a branch of tree falling but stones being thrown at my shack! I remained still and silent, my back leaning at the improvised door I made while i grasp my knife with both hands. If it’s the Ha La Lau, my plan, ever since I came here, was to jump over him and stab that creature in his eyes so he wouldn’t be able to see me as I run away and then just find a new place to build a new home. Living in this peculiar world for such a long time, I have learned how to survive and I will never let any ugly creature take my life away. No, never.

On the third sound that was louder than the first two, whether it’s a bigger stone or a stronger force I wasn’t really sure, I got more tensed. I’m 100% certain someone’s throwing it at my house and that I have to do something. With unending drops of sweat onto my neck up to my lap, I peeked through the small hole from where I sit and peered into the darkness. After a thorough search from the west side of my shack, where the stones were thrown at, I found nothing. Not until I saw a hand that released the fourth powerful strike—dang! it hit the bull’s eye! For some weird reasons, I was able to anticipate it would get through the hole so even before it could hit me, I moved back and rolled like an action star who successfully missed a gunshot.

Oh my God! I’m still fuck*n’ nervous but the thought of seeing a hand that resembles that of human’s, calmed my nerves a little bit. What if there’s another human being trapped in here just like me? But how sure I am that the hand who threw them stones was of a person’s? I walked silently like a frog to reach for the stone at the other end of my tiny house and I couldn’t help but to wonder why it doesn’t look like a stone. Ain’t a stone supposed to be black? This one looks like it was covered with white crumpled paper even from afar. When I reached it, I scrutinized it before touching it worried that there could be some magical spell and as I look closer to this stone as big as a baby’s fist, I saw some symbols from the paper covering it. I have this gut feeling that this is a positive message so I held it while I cover my face with my left hand, afraid that it could be a bomb but when I carried it and heard no explosion, I released a deep sigh of interim relief. I straightened out the crumpled white paper and this is how it looks like:

I have no idea how he (if he’s a “he”, or if he’s actually a person) was able to wrap this symbolic piece of paper but all I know is I have to decipher it. It’s obviously not English but I know this means something of significance. What if this could be my ticket to go back to Earth? Anyhow, I have to find out first where this came from and who that mysterious messenger is.

Leaving the stone behind, I folded the paper and put it in my pocket. I gathered all the courage I have saved in this planet and armored myself with it as I walked outside to search for that messenger. I examined the dark surroundings and walked tiptoed, trying to make no sound and staying alert and attentive all the time. After a couple of minutes of search, a sweaty hand grabbed me by my arm it lifted me from one place to another, like a ball that has bounced from the surface of the earth. The force was too strong I thought he was a giant or a monster but the fact that the hand was sweaty indicates he’s human. And I was hell right. He was hugging me from behind, his right arm clamped in my waist while his left hand covered my mouth ’cause I couldn’t help but to scream femininely as I tripped over.

“Shhhh. The monsters will hear you and we’re dead” whispered the guy with a face I haven’t seen yet.

“Who are you? Are you human too? Are you trapped here as well?” I moved back and saw a shirtless man looking like a caveman with long brown hair same as Tarzan’s with a bizarrely long beard I can hardly see his face.

“I am, but hang on, let’s go to my hideout first before I answer all your questions. Did you bring the piece of paper from the stone?” asked the man, while he kept on looking around, perhaps checking if a Ha La Lau heard my scream.

This is another contribution to a writing challenge my dear friend Bartek has created again to combine creative minds from around the world. So happy to be part of this and so thrilled to read the next parts. Please click on the link below so you can see how this story started. Please let us know if you’re challenged enough to do the next part through the comments. Maybe make a romantic twist? Or a magical one? It’s all up to you. 🙂 Thanks for reading!

(Photo credit to the owner)